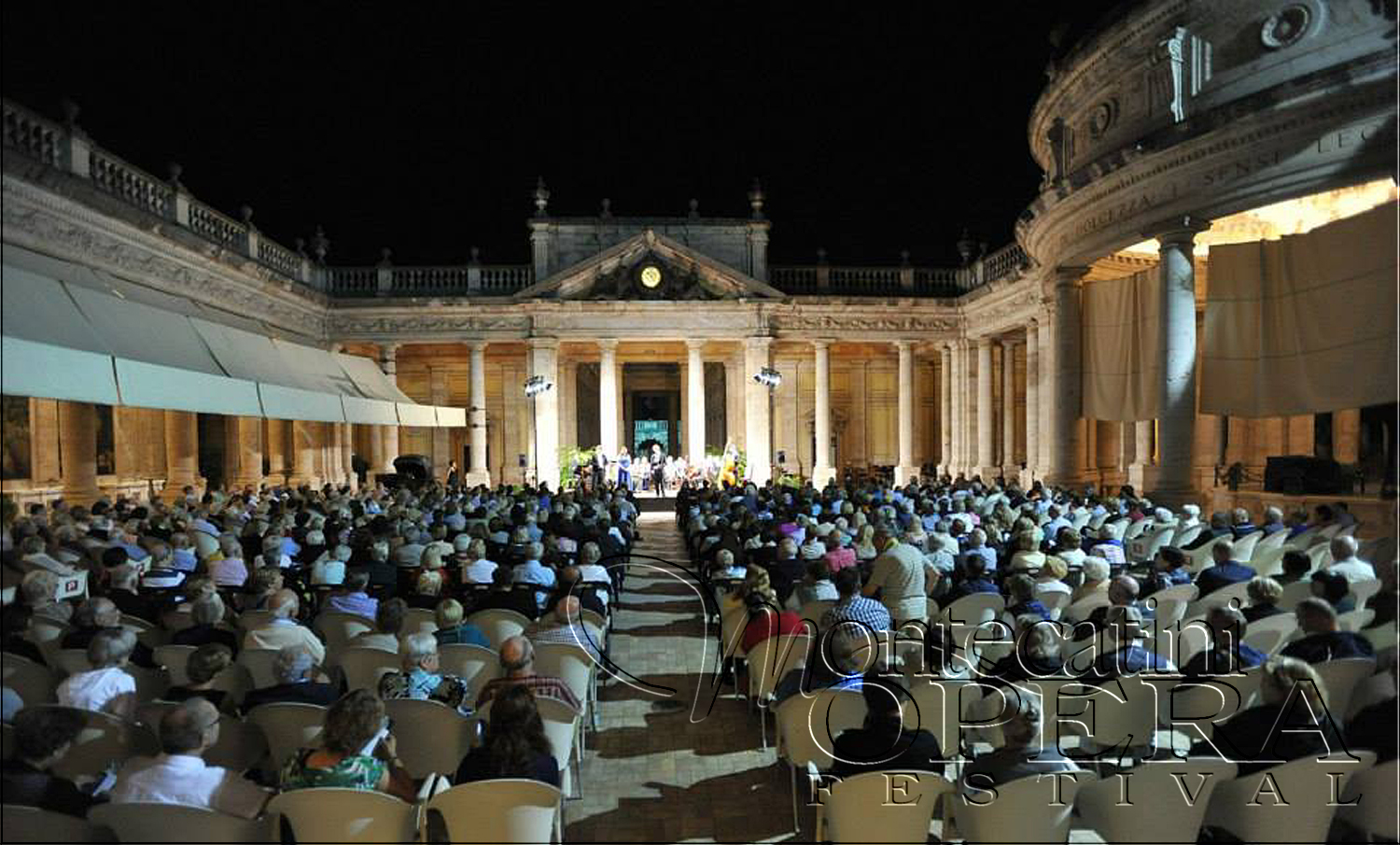 If the importance of a town is  reflected in the variety and  the  quality  of the cultural  events Montecatini is with no doubt  a place  of  crucial interest.

Since the 19th century the greatest Italian opera composers  used to spend some time in Montecatini S.P.A. to have a rest and to get inspiration for their music, which has  contributed  to make our town well known all over the world .Through the passing of  time music and culture have remained vital aspects of the town, confirming the  strict link between  past and present and making   Montecatini an  ideal place  for  art and emotions. That is why  it seemed  sensible  to create a musical festival representing the town itself ,with the aim to promote the knowledge of music and favour   the appreciation of the cultural heritage of our region. In particular the Festival presents  the great tradition of the opera , offering  the new generations,who are tomorrow’s audiences , the opportunity to know a  really important part of our  history .  Montecatini Opera Festival , totally dedicated to   opera  lovers,  is  realized by the Parnaso  cultural association  with the support of the town council and the Thermae  S.P.A.

The Festival ,which started in 1999 with a short season,has  gradually grown   in number and importance  of  the events. Nowadays  It has become a real  tourist   promotion attracting people from different parts of the world  . The  list of famous international artists who have come and even returned is quite long. At present the Festival is well merged with the town itself and its inhabitants  and it is recognized  one of the great musical festivals  taking place in Italy ,especially during the Summer. Its growing  success  , notwithstanding  the  difficulty in any form of cultural events ,proves   the  appreciation for  its formula, where   everything, even the small details  are planned  and  achieved with great care   and attention. Programmes and artists are chosen according to precise criteria: famous international artists  alternate  with   young  artists on the basis    of  some simple  beliefs

Nobody can be indifferent to the beauty of music, even the most difficult, if presented  in the adequate way

Music doesn’t need translation, its universal language reaches the deepest emotions in the heart of all those who  are willing to listen to it.

The talent  of an artist is measured by his capacity to involve the audience emotionally ,which is actually the main  feature favouring  the knowledge of music . The artist  who comes  to the stage  wearing a “dinner jacket “with a distant   expression  does not increase the interest in music.

This year is the 15th edition of Montecatini  Opera  Festival. The season covers a period of 7 months, from April to October.  All the events are  performed in the town  most suitable places : the Excelsior (a real  architectonic jewel  and ideal place  to enjoy  music as in a late 19th century salon ) and the Tettuccio, a fantastic  space, open to the sky, with the  same charming atmosphere which inspired the great composers of the past

Since 2005 the Festival has had its own orchestra which cooperates with well known artists:  This orchestra  is  formed by   musicians ,already playing in important ItalIan  orchestras or musicians  teaching  in conservatories or   academies of music.  The  same orchestra offers different ensembles  its repertoire is really  large; from baroque music to classicism ,including also the most famous   chamber music pages of the 20th century, with particular attention to the Italian Opera, even through the  performance of  unpublished scores.

In a collaborative view with other institutions, the Festival orchestra has worked with the high qualified Luciano Pavarotti  foundation, the  Verona Arena theatre, the foundation Promusica  Pistoiese and other music associations, such as  Puccini Opera association, the Music Association from Lucca, the Music Association from Montecatini. Recently it has  started  its cooperation  with Slow Food Association, based on  the belief of  strict relation between Music and Food, to share  extraordinary meeting  occasions.

“What is love for our souls is appetite for our bodies.
Eating, loving, singing, digesting, are the four acts of that  comic opera which is life”
Gioacchino Rossini